The most prevalent Ethernet migration path until recently is accepted as 10G-40G-100G, however, the advancement in networking technology has ushered in a new alternative-25G Ethernet, indicating the lasted upgrade path could be 10G-25G-100G, or 10G-25G-50G-100G potentially. These migration solutions enable more efficient use of hardware and a more valid upgrade path to 100G. Optics like SFP+ is commonly used for 10G transmission and QSFP28 for 100G, while SFP28 is typically designed for 25G Ethernet. It’s normal to get confused by the dazzling array of optical modules, this article hence to sort it out by comparing SFP28 vs. SFP+ and SFP28 vs. QSFP28 respectively, exploring their differences and applications.

We’ve already know that SFP+ is made to operate at 10Gb/s. And SFP28, as the enhanced version of SFP+, is designed for 25G signal transmission. SFP28 utilizes the same familiar form factor as SFP+, but the electrical interface is upgraded to handle 25Gbps per lane. Since its transmission rate can reach up to 28Gbps, the engineering and industry name is SFP28. SFP28 is considered the rising sun in the industry to deliver enhanced bandwidth, superior impedance control and less crosstalk.

Given the fact that SFP28 is compatible with SFP+ ports, here comes the question: is it possible to connect SFP28 ports with SFP+? The answer is definitely yes: SFP28 adopts the same form factor as SFP+, just running at 25 Gb/s instead of 10Gb/s, which offers better performance and higher speed. So SFP28 will work sufficiently on SFP+ ports, and SFP+ cables can be plugged into SFP28 ports although they are not designed for 25Gb/s data rates. When it comes to copper cable, SFP28 copper cable possesses significantly greater bandwidth and lower loss compared with SFP+ version.

With the number 28 in both of their name, SFP28 and QSFP 28 module actually adopt different working principle: as it was mentioned previously, SFP28 modules support 25Gb/s over a single lane, which allows for error-free transmission of 25Gb/s up to 100m over OM4 multimode fiber. As for QSFP28, it supports four independent channels with data rates ranging from 25 Gb/s up to potentially 40 Gb/s. Both of them can be used in 100G networks, but the SFP28 is applied in the form of QSFP28 to SFP28 breakout cables.

After comparing SFP28 vs. SFP+ and SFP28 vs. QSFP28, we’ll dive deeper into some main benefits of 25G SFP28. The 25GbE specification enables network bandwidth to be cost-effectively upgraded to support next generation server and storage solution, for both cloud and web-scale data center environment. It generally has the following advantages.

Maximize performance and scalability: with SFP28, web-scale and cloud organizations can enjoy 2.5 times the network bandwidth performance of 10GbE. Since 25GbE is delivered across a single lane, it provides greater switch port density and network scalability when compared to 40GbE, which consumes four lanes.

SFP28 assembly solution enables a new generation of high-density 25G Ethernet switches, which facilitates server connectivity in data centers, and offers cost-effective upgrade path for enterprises deploying 10G Ethernet links today to 100G or even 400G in the future. This article addresses the differences concerning SFP+, SFP28 and QSFP28, as well as the major advantages of 25G Ethernet. Hope it has made clear the confusions about SFP28 vs. SFP+ and SFP28 vs. QSFP28. 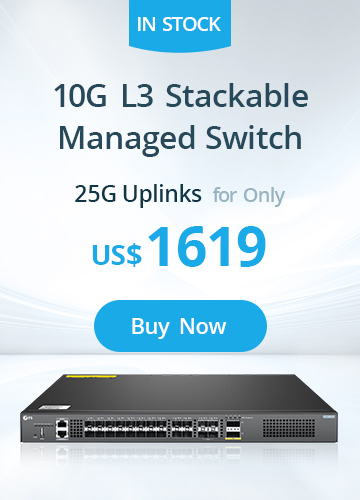