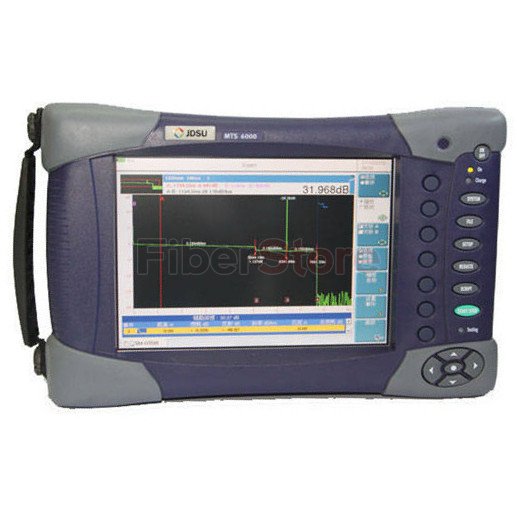 JDSU MTS-6000 is a compact and light-weight test platform designed for cellular phone and maintenance of fiber optic network, which weights just 2.4kg. Applying this OTDR tester, field service technicians can provide the best performance level on the market and reliability.

JDSU MTS-6000’s modular design enables it to offer a wide range of test functionality, with over 40 different fiber modules supporting an array of applications, and may meet future fiber and photonic testing needs. This new product will go into the market with the name of T-BERD6000 in The united states, during Europe, Asia and all other locations with the name of MTS-6000.

“JDSU MTS-6000 in an extremely compact, lightweight, combined with test instrument in JDSU’s MTS-8000 optical test platform multi-network technology leadership,” JDSU’s gm said: “with our existing fiber optic test application modules to make sure compatibility in our customers in their testing in our solutions maximize roi.”

MTS-6000’s performance features include an ultra long-range OTDR module. The tester is of comparable products within the first test, in several features within the combined instrument for FTTx, access, metro and core network optical applications. Advanced test head design allows this module to supply the industry’s first to become reduced to less than one meter blind tester, allowing higher precision and fault-finding.

Another feature is JDSU’s industry-leading UHD module. It’s on the market with the highest of any OTDR instrument performance (1550nm wavelengths as much as 50dB). This module’s superior performance enables it to operate faster compared to existing 40dB OTDR six times the rate to accomplish the exam, for the network installation and fault isolation saving a lot of time.

FIBERSTORE has previously introduced the JDSU MTS-2000 and JDSU MTS-4000, that are a lot more cheaper than the MTS-6000 OTDR and also have good performance along with the new generation. For more product information, check out FIBERSTORE.