What Is Network Server in Networking?

A network server is an instance of a computer program or device that receives and answers to the requests from the clients (such as a computer, printer, fax, etc.). Like the ordinary PC, a network server is also made up by CPU, memory, motherboard, graphics card and hard disk. Usually, a network server is used to manage network resources, such as controlling access to a network, sending/receiving e-mails, or hosting websites and so on. Besides, servers also offer advanced functions like remote access monitoring, cloud management and so on. This enables IT persons can check usage, and diagnose problems from another location. And they can also perform routine maintenance such as adding new users or changing passwords.

What Are the Types of Network Server?

The following are different server types.

A rack server, also called rack-mounted server, is the server that can be mounted within a server rack. Available in 1U, 2U, 4U, 10U designs, rack server typically has its own power source, CPU and memory. It has everything necessary that can be run as a stand-alone system. This enables rack server to run intensive computing operations. This server type is a floor space-saving option, since one server can be stacked right on the top of another one. However, in this way, it’s difficult for devices’ cooling. Thus, a special cooling system is required to prevent excessive heat build-up. 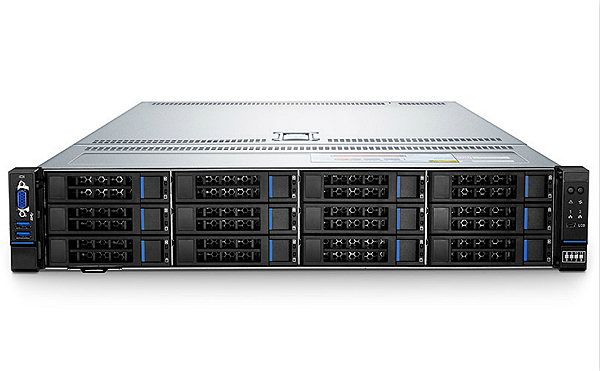 A blade server is a modular server that allows multiple servers to be housed in a server enclosure. Most blade servers are physically thin and only have CPUs, network controllers, memory, and some have internal storage drives. All blade servers within one enclosure share the same components like network switches, ports and power connectors. This means there is no need to run individual cables for each blade server. The blade servers can have one cable run to the enclosure, which helps reduce the total cable demands. Besides, their modular architecture supports hot swaps, which means if one blade fails to work, it can be pulled out and replaced without affecting the operation. But note that, initial capital, deployment, and configuration costs of blade servers can be high. 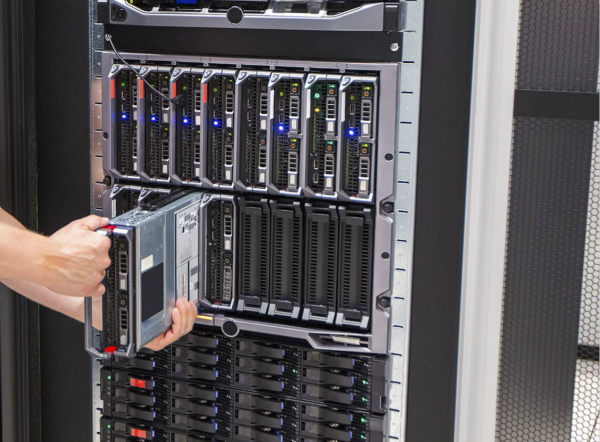 Tower servers are servers built in a stand-alone chassis configuration. They look like desktop towers. Tower servers provide much easier cooling than dense rack and blade servers because of their low component density. The scalability of tower servers is high because an unlimited number of servers can be added to the existing network. However, they are not suitable in the data centers which require future expansion and scalability, because space will become a constraint with the tower servers. In addition, the cabling involved in tower servers may be complicated. And if IT persons put several tower servers in the same location, noisy will be generated since each tower requires a dedicated fan.

1. Why are servers always on?

Commonly, servers are used to deliver services that are constantly required, so most servers are never turned off. If one server fails to work, a large amount of data will be lost. That will result in incalculable damage for companies. Therefore, servers usually adopt fault tolerant designs.

Absolutely not. Though both a network server and computer are consist of CPU, memory, motherboard, graphics card and hard disk. However, the network server is built for handling heavier workloads and more applications like remote access monitoring, cloud management and so on. Thus, those components in server tend to be more advanced than the ones in ordinary PCs. Besides, the network server is designed to manage, store and process data 24-hour a day, so it must be more reliable than the PC. Therefore, the network server usually adopts redundant or hot-swappable designs, such as two or more power supplies, but the PC does not need that.

From the above, we have a better understanding of network servers and server types. You should choose based on your actual needs. If space is your main consideration, you may choose the rack servers. If you have enough budget and you also want a space-saving device, then the blade servers are the most suitable choices. But space is not the big concern while cooling is, then go for the towers servers. If you still have any questions about network server, FS networking experts are here to help.