For many years, data centers have been built in three-tier architecture, comprised of the core, aggregation and access layers. But with the data center consolidation, virtualization, hyper-converged systems springing up, the way data flows is shifting from traditional north-south to east-west inside data center. As the volume of east to west traffic increases, network bottlenecks emerge and application performance decreases if uplinks between layers are oversubscribed. One solution to these problems is a new network architecture—leaf-spine. What is leaf-spine architecture and how to build a fabric with it? This post will explain what leaf-spine is and how to scale on leaf-spine architecture with open networking switches.

Unlike traditional core-aggregation-access layer network, leaf-spine architecture has only two layers. It enables the business to create a large, non-blocking fabric without single point of connections. Leaf switches forming the access layer are no more than one hop away from one another, thus eliminating the need for devices to search for or wait for open connections. These leaf switches are fully meshed to a series of spine switches. As a result, latency improves and bottlenecks are minimized. 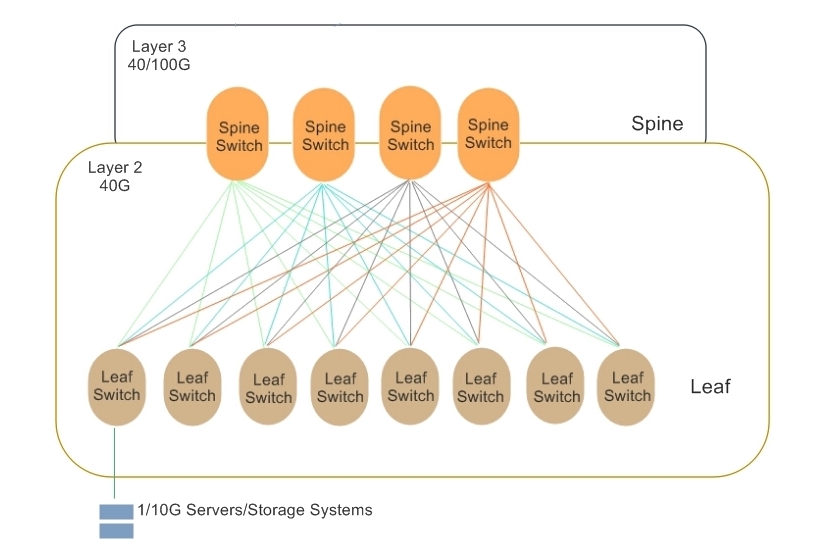 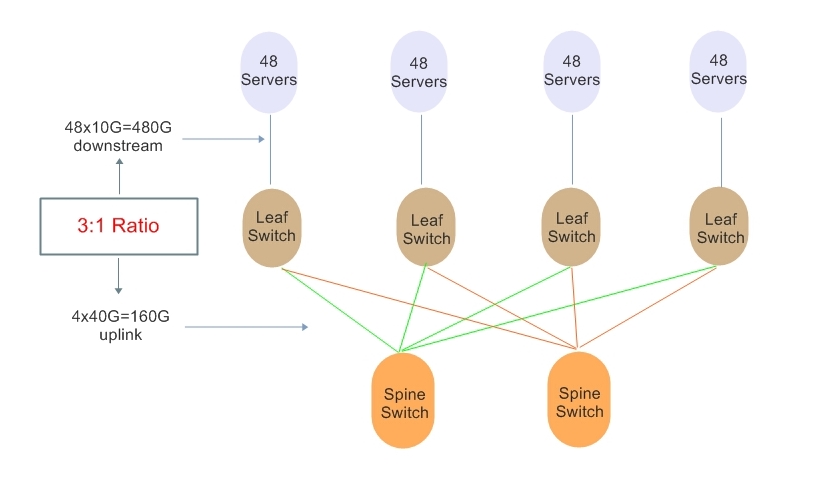 In order to build a fabric with 1200 10G servers, we can use 40G QSFP interfaces between the leaf and spine switches. There are 32 40G ports on the spine switch and each leaf switch has 4 ports of 40G connected to the spine. According to the principles of building a leaf-spine fabric, the largest 10G server count I can have is 1280 at 2.5:1 oversubscription.

This post intends to act as a guide for the basic knowledge about leaf-spine architecture, and explains the use cases of building leaf-spine fabric with 40G and 10G open networking switches. The introduction to leaf-spine topology may not be comprehensive, but it can be helpful for beginners in understanding the structure and principles of leaf-spine fabric quickly.