Driven by software defined networks (SDN) and open standards (such as the OpenFlow protocol), open networking is emerging quickly in data center networks. It is based on open standard and bare-metal Ethernet switch with flexible choice of open software for operating system (OS), SDN, virtualization, and cloud orchestration. This post will discuss two kinds of network OS for open networking: ONL vs OpenSwitch.

To start with, we’d better have a thorough understanding of network OS.

Network OS is a software for such network devices as a router, switch or firewall. It plays a critical role in ensuring device usability. In the past, attentions are mainly paid to hardware. However, as open networking is emerging, network OS becomes much more important now. In modern network, network OS mainly consists of five functionality: Kernel (typically Linux), switch hardware platform management, routing agent, L2 protocol/tunnel management and datapatch SDK/API. The followings are general components of a network OS: 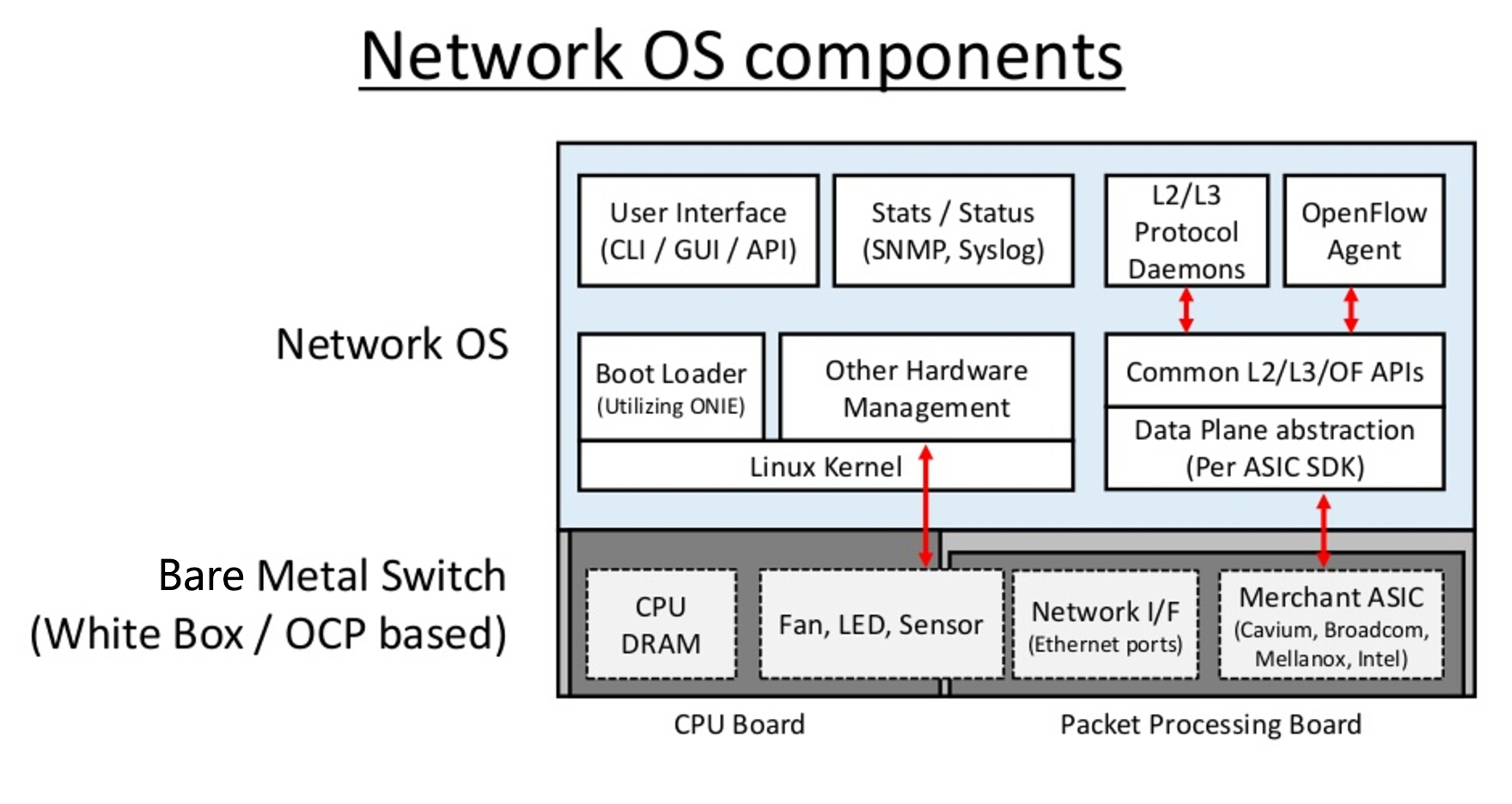 ONL and OpenSwitch are two kinds of network OS used in open networking. This part will introduce their basic knowledge respectively.

OpenSwitch is also an open source, Linux-based network operating system (NOS), but it is supported by Hewlett Packard, Broadcom, Inter, Arista, etc. Unlike ONL, OpenSwitch is designed to power enterprise grade switches. It is often built around a reliable architecture focusing on modularity and a central state repository, which allows developers and advanced users to develop and deploy state-of-the-art open networking.

As mentioned above, both ONL and OpenSwitch are open sourced network OS. So they can all used in open compute switches and bare metal switches. But they are totally different in other aspects. For example, OpenSwitch is a kind of open network OS supporting full L2/L3 features and it includes routing/OpenFlow agents. While ONL is an open platform distribution for network OS. It is a base-level operating system and only includes example packet forwarding code. The following table shows the specific sameness and difference between ONL and OpenSwitch:

ONL vs OpenSwitch: Which One to Choose?

Open networking is an unstoppable trend in future data centers for its advantages of reducing network equipment expenses, accelerating provisioning of network capacity and services, etc. ONL and OpenSwitch are essential components in open networking. They each have their own features and applications. In simple terms, ONL is really meant to be a framework on which you can write your own control plane. While OpenSwitch is for those who want a fully featured network OS. ONL vs OpenSwitch, which will you choose for your network?