What Is Fiber Optic Cable?

Fiber optic cable, or optical fiber cable, is one kind of network cables similar to copper cable. It is designed to use light pulses for long distance telecommunication and high-speed data transmission. Fiber optic cables support much of the world’s internet, cable television and telephone systems. 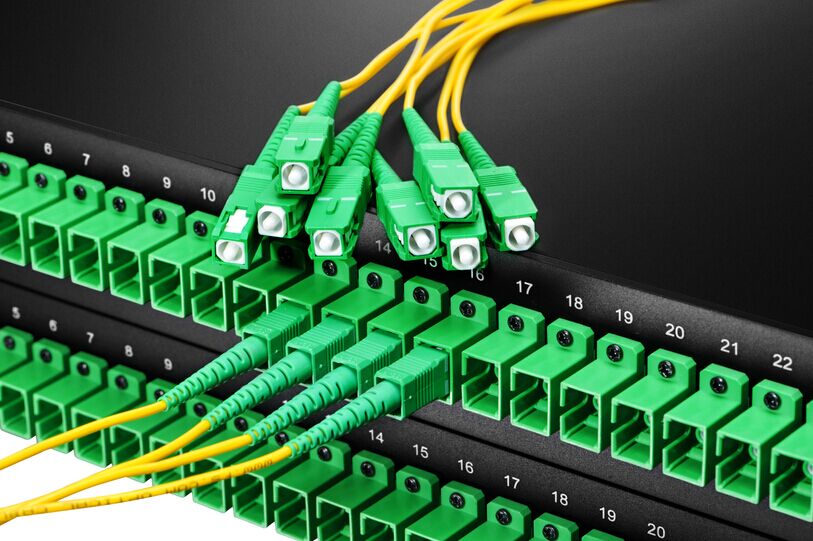 Generally, one fiber optic cable is made up of incredibly thin strands of glass or plastic known as optical fibers (called “core”) surrounded by an insulated casing (called “cladding). Each strand is a little thicker than a human hair and can carry much data like 25,000 telephone calls. Therefore, an entire fiber optic cable can easily carry as much data as you can imagine.

Theory on Fiber Optic Cable Uses: How Does It Work?

The fiber core and the cladding bend the incoming light at a certain angle with their own refractive index. When light signals are sent through the fiber optic cable, they reflect off the core and cladding in a series of bounces, which a process called total internal reflection.

It is necessary to learn about different types of optical fiber cable when involved with applications of optical fiber communication. There are two primary types of fiber optic cable, single mode fiber (SMF) and multimode fiber (MMF). The former has a very thin core about 5-10 microns in diameter, which is about 10 percent of the latter. Generally, single-mode optical fibers used in telecommunications operate at 1310nm or 1550nm wavelength while multimode fiber at 850nm and 1300nm. However, sometimes, the subdivision of the two types is different due to various fiber optic cable manufacturers.

As for fiber optic cable uses, single mode optical fiber cable is used for longer distances such as 100km compared with multimode fiber under 2km due to the smaller diameter of the fiber core. Therefore, single mode optical fibers are typically used outside between buildings in cable TV, internet, and telephone signals transmission while multimode fibers are used within buildings in backbone applications such as computer network linking.

Applications listed below are the most common fiber optic cable uses:

All in all, there are many fiber optic cable uses involved in our daily life. In addition to the applications mentioned above in various systems such as radio and television systems, electrical power system, railway system, etc., fiber optic cables are essential in international networking as well.