1. As a result of E band optical transceiver module technology is not mature, so the vast majority of products are 8 (1470 nm to 1610 nm), because of CWDM technology located in the edge of the metropolitan area network layer, so the related products are designed as cartridge products, and And you can expand conveniently through the cascade.

2. CWDM support point to point, the chain of chain shaped, ring, ring, bi-directional single fiber and other network mode, It can be flexible to use according to requirements.

3. In general it supports MUX line side to choose 1+1 optical line protection, and OTU layer 1 + 1 optical channel protection through the special protection board.

5. Many vendors begin to support electricity layer reuse of business functions, such as Shanghai bell can be 622 m below the rate of different formats of signal multiplexing for 4 x Any board of STM-16 signal, Huawei GEMUX plate can multiplex 2 GE or FC for STM-16.

7. The reliability and safety of some CWDM device still exist some shortcomings, such as lack of ALS or APR function, the reliability of the optical transceiver module still needs improvement. These problems are the result of the emphasis on cost reduction. 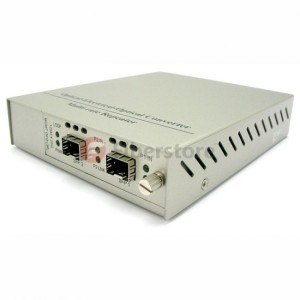 CWDM technology’s biggest problem is that its cost advantages relative to the DWDM Equipment is still not enough. Optical transceiver modules and optical devices is the key to reduce costs. But due to the small market, supplier shipments is not big, so the device cost advantage is not obvious. Another way to reduce the cost is simplified the function of devices, and this method results in the decrease of system reliability and the management ability. DWDM Price is more and more lower also bring a lot of pressure to CWDM technology, and now use the DWDM technology can form a complete metro DWDM Network, so good scalability, the pressure bring to CWDM is larger. Now CWDM device support the number of optical CWDM channels ( CWDM wavelengths) no more than 8, main reason is that E band optical transceiver module manufacturing process is not yet mature, in addition, eliminating the water absorption peak of G.652 c cables in the application is less, so the market demand for E band optical transceiver module is not big. Higher rate and further transmission distance of CWDM system still have many technical problems. Such as CWDM 10G system dispersion problem, ultra broadband optical amplification technology, etc. In addition, it need to speed up the standardization process, especially it need operators’ guidance in the business interface function aspect.

If you have some needs to buy related CWDM/DWDM optical fiber products, advise you to a professional store to get them. Fiberstore is just a quite right choice.