The networking is a very complicated field. Especially, when it intertwines with many terms, it’s easy to make beginners get lost in it. In this article, we will explore the Ethernet network naming system as Base-“n” and its applications in fiber optic transceiver.

Before the subject, there are two terms we need to have a clear mind. The first one is “megabit”. Put it in a simple way, the “megabit” refers to the data transfer rates of computer networks or telecommunications systems, also called network speed or Internet connection bandwidth. Usually, the “megabit” is measured by the second, which is used as megabits per second. The common network speeds as “megabit” and their relations with Ethernet speed are displayed below:

The other term is “BASE”, also called baseband. Under Ethernet physical layer standards, for example, 10BASE5, 100BASE-TX and 1000BASE-SX, the “BASE” implies the transmission is an unfiltered line not requiring a digital modulation scheme. In the early days, the 10PASS-TS version of Ethernet was used for a signaling scheme similar to a modem, but now is baseband instead.

In this part, we will have an overview of BASE-“n”. Here, “n” refers to the variable symbols after BASE. The commonly used symbols with “BASE” are listed below:

1. The first letter tells us which kind of wire we are talking about:

2. Next is the coding scheme for data on the wire:

3. Finally, we have a number representing the number of parallel “lanes” for data:

After having a basic idea about “BASE”, we will use some examples to explain what the BASE-“n” means for fiber optic transceiver.

1. In the old days, 10BASE-T was preferred instead the coaxial 10BASE2. It was a simple 10 megabits baseband signal over common twisted-pair.

3. As for the Gigabit Ethernet, it had a similar history. In case that two pairs on unshielded Ethernet cables wiring could not handle 1000 megabits per second, the optical (1000BASE-SX) and balanced shielded wiring (1000BASE-CX) were specified. Although the standard of unshielded two pairs was developed (1000BASE-T), it still couldn’t meet the need. Therefore, in today’s Gigabit applications, the 1000BASE-T uses all four pairs of unshielded twist pair wiring on Ethernet cables. For example, the connection for 1000BASE-T SFP fiber optic transceiver is such a case. 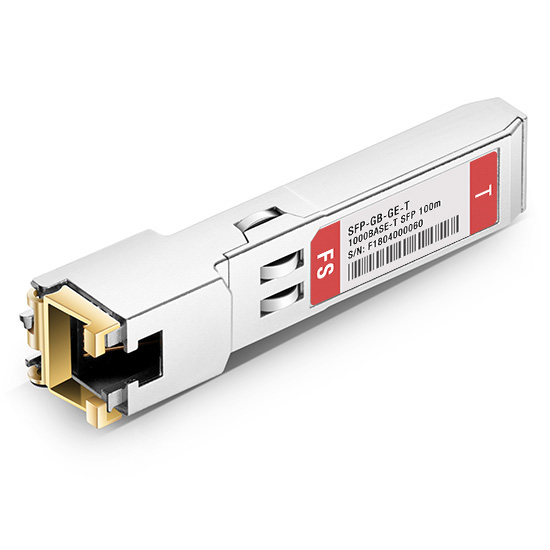 4. After the Gigabit Ethernet, the Ethernet world embraces the 10Gigabit technology. It has mostly shifted to the block coding scheme from Fibre Channel, 64B/66B, which is denoted by the letter “R”. The 10Gigabit technology extends the family of fiber optic cables (10GBASE-SR, LR, ER, etc), and a copper backplane interconnects (10GBASE-KR). In applications of 10Gigabit Ethernet, the 10Gb Ethernet switch is popular.

In this post, we can see the naming rule of BASE-“n” from 1000BASE to 100GBASE in a more clear way. With this naming system, we can have a better understanding of the naming system for fiber optic transceiver and the development of the Ethernet world.